‘What Sydney’s made of’

Established in 1966, Benedict is an Australian family owned and operated company that has grown from a small haulage contractor, to one of the largest producers and resellers of quarried, recycled and landscape products in New South Wales.

Our actions are consistent with our values. We do what we say we will do.

To produce, supply and deliver quality materials to the community through innovative and environmentally responsible solutions whilst maximising resource recovery.

To provide high-quality products and services, utilising the best available technologies. To create partnerships with customers, organisations and communities to advance their businesses while promoting sustainability. To be a sustainable organisation committed to the triple bottom line of positive economic, environmental and social impacts which are essential for any healthy business to remain relevant.

Benedict is committed to providing reliable, high quality products and services, maintaining high integrity and high ethical standards, ensuring the safety of our people, actively participating in the community, whilst staying committed to sustainable business practices and the protection of the environment. 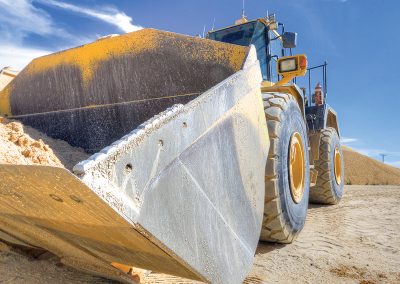 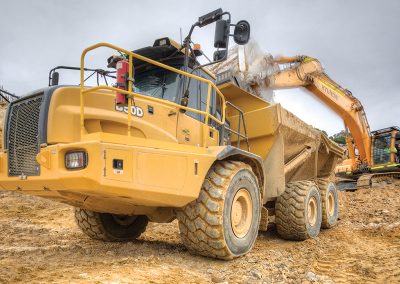 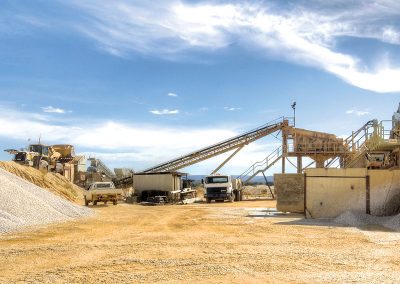 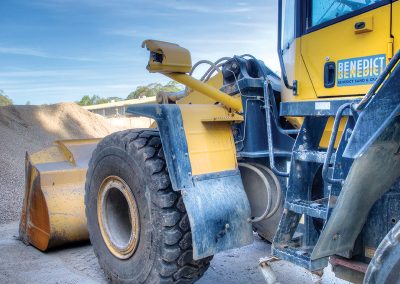 With over 50 million tonnes in reserves at our 6 company owned and operated quarries, we are one of NSW’s largest suppliers of sands, soils, gravels and road bases.

When it comes to quality products and services – rest assured. Benedict maintains the highest level of commitment to quality and operational standards – AS/NZS ISO9001 Certification.

OUR PEOPLE ARE OUR BEST ASSET – WE PLACE A VERY HIGH VALUE ON OUR TEAM.

Since 1991, Dana Dupere has been the Co-Managing Director of Benedict. Her primary area of focus is the Group’s Sales, Logistics, Finance and Administration functions.

Co - Managing Director of the Benedict Industries Group of Companies

Ernest Dupere is the Co-Managing Director of Benedict Industries and responsible for Benedict’s Operations and Business Development.

Elke is the Chief Marketing Officer at Benedict Industries and responsible for Administration, IT and Marketing. Her main focus is initiating and implementing systems that result in increased efficiencies across the Benedict Group of Companies.

With over 35 years of experience in the finance industry working in multi-billion dollar businesses, Bob has been working as the CFO of the Benedict Group since 2001 and serves on the board of a number of Benedict companies.

In 1997, Brett Jarvis started at Benedict as an Excavator Operator and then a Quarry Manager at Menangle Sands. He is now the Group Operations Manager at Benedict Industries and oversees the operation at all the quarry sites.

Since 1991, Paul Arnold has been the Operations Manager at Mittagong and Appin. Paul has been instrumental in building long-term relationships internally and externally resulting in great outcomes for Benedict customers and Benedict. He is also our joint venture partner in the Appin Quarry.

Mick brings a wealth of product, sales and industry knowledge to the role of General Manager – Recycling. He started with Benedict in 2003 as Group Sales & Logistics Manager leading a team of internal and external Sales Executives
and Managers.

In 2001 David started in internal sales, then progressed to external sales and then ex-bin sales manager.  David is now the Group Sales and Distribution Manager, leading the external and internal sales teams. David’s responsibilities include product and market development, and sales strategy.

John is a Fellow of the Institute of Chartered Accountants. He practised for more than forty five years, specialising in the areas of business development, management and tax consultancy.

Steve is co-founder and Managing Director of SISL Group, an agribusiness focused fund manager that operates one of Australia’s largest sugar cane farm aggregations. Formerly with Rothschild Australia for 16 years, Steve started SISL in 2005. He is responsible for investment management activities and strategic farm management decisions.

In 1966 Ron founded Benedict together with his wife Margaret. Growing the business from a Haulage Company delivering gravel and aggregates in Sydney to Benedict Industries today, it evolved to become a successful provider of quarried and natural products, as well as a waste recycling company, servicing the greater Sydney Region.

Co-founder of Benedict In Memoriam

Margaret is fondly remembered as the ‘anchor’ of the family business and was known for her work behind the scenes as the Company grew in leaps and bounds. She diligently managed the administrative requirements of the business and played an important role in HR, book keeping, events and more.

Co-founder of Benedict In Memoriam

For more information call us today!

COVID-19 – We are open – Benedict is an essential service and will continue to operate as per usual.